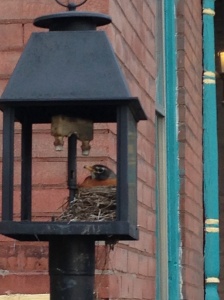 When I was in Ireland I stopped at a country fair where local craftsmen were selling their wares. I brought home a nesting box for robins simply constructed of pine with a slate roof. It is charming. In the three years I have had it up in the eaves no robin has nested. Obviously my assumption about what robins think is wrong.

Recently, I spent several days with a colleague, Jane. Her boss had stopped her with some questions about a project as she was leaving for a three-day conference but she was in a hurry and as they finished their conversation she made a flip remark.

She doesn’t know her boss very well. Her boss is relatively new and she finds her hard to read. Their last conversation weighed on her mind and Jane was convinced her boss had found her remark offensive or rude. I suggested that she e-mail as a follow up on the project and in passing mention that she hoped her comment hadn’t been taken the wrong way.

As it turned out, she just wanted to confirm a few details about the project that they had discussed. And perhaps the motivation for the call was an effort on her part to put things back on an even footing, or even to reassure Jane that no offense was taken.

We can’t assume we know the mind of another.

When I went to the studio the other day, I walked past an old gaslight by the steps and was startled to see a robin sitting on its nest inside. Evidently, robins know their own minds. 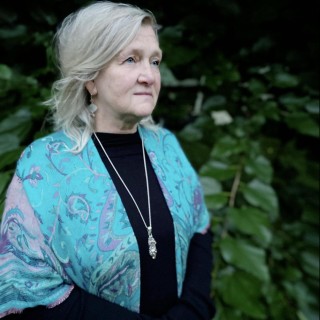 Bridget McDermott Flood is the author of Blue Hole Wisdom: My Journey with the Sisters. She serves as executive director of the Incarnate Word Foundation, a ministry of the Sisters of Charity of the Incarnate Word, San Antonio. At the Foundation, Bridget has collaborated on work in urban neighborhoods, education, women's micro-lending, and human trafficking. Nationally, Bridget served on the White House Task Force for Reform of the Faith- and Neighborhood-Based Office under the Obama administration. She serves on the Boards of NETWORK Lobby for Social Justice, the Headwaters at Incarnate Word, FADICA, and the St. Joseph Housing Initiative, among other organizations. Bridget graduated from Saint Louis University with a bachelor’s degree in English and political science, and a master’s degree in urban affairs. She is an artist at her studio, Carondelet Pottery, and is a beekeeper. Bridget lives with her husband, Michael, in St. Louis. She and her husband have two daughters, Amelia and Carolyn, and two grandsons.

Meditations on Art and Life